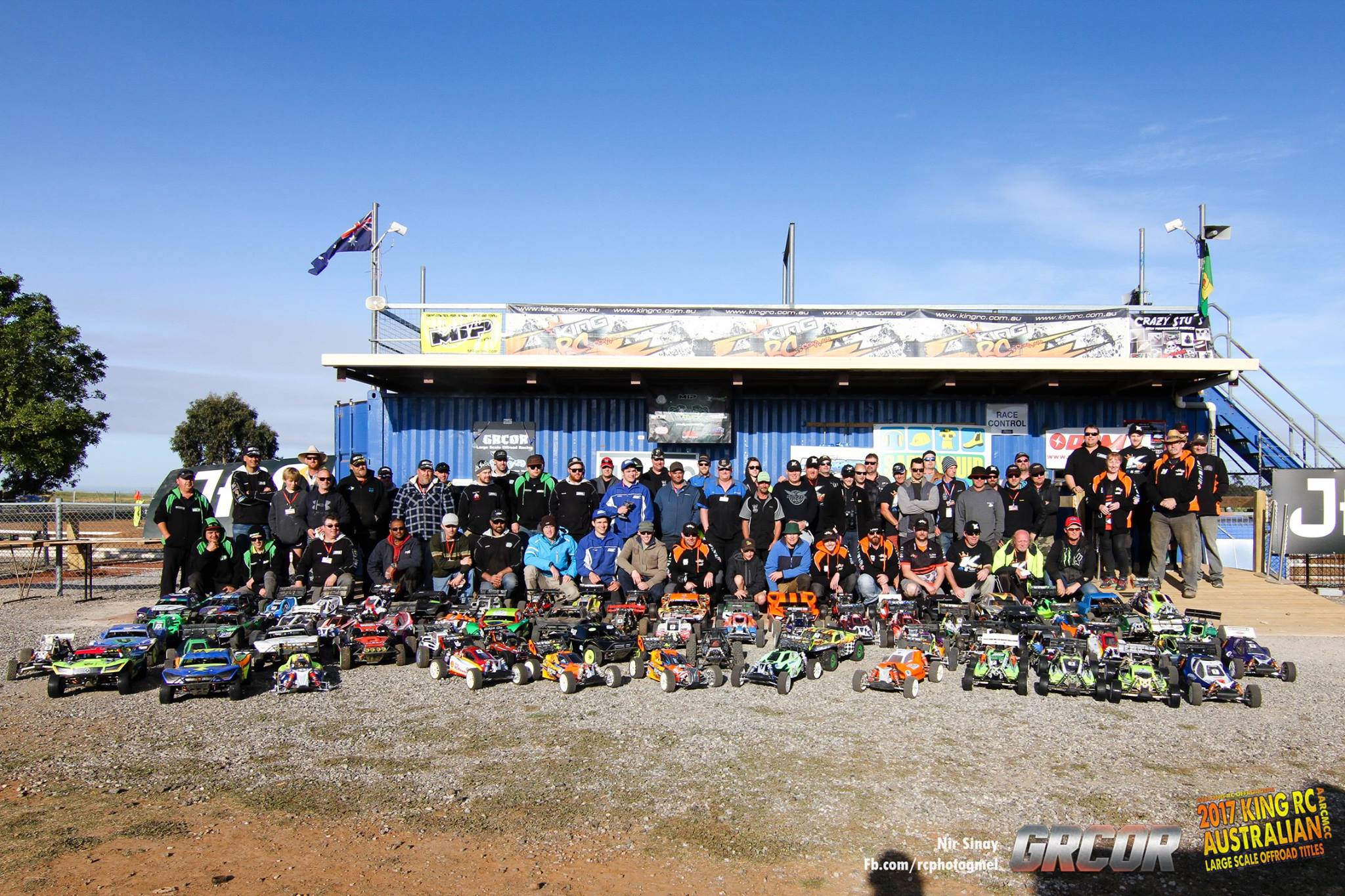 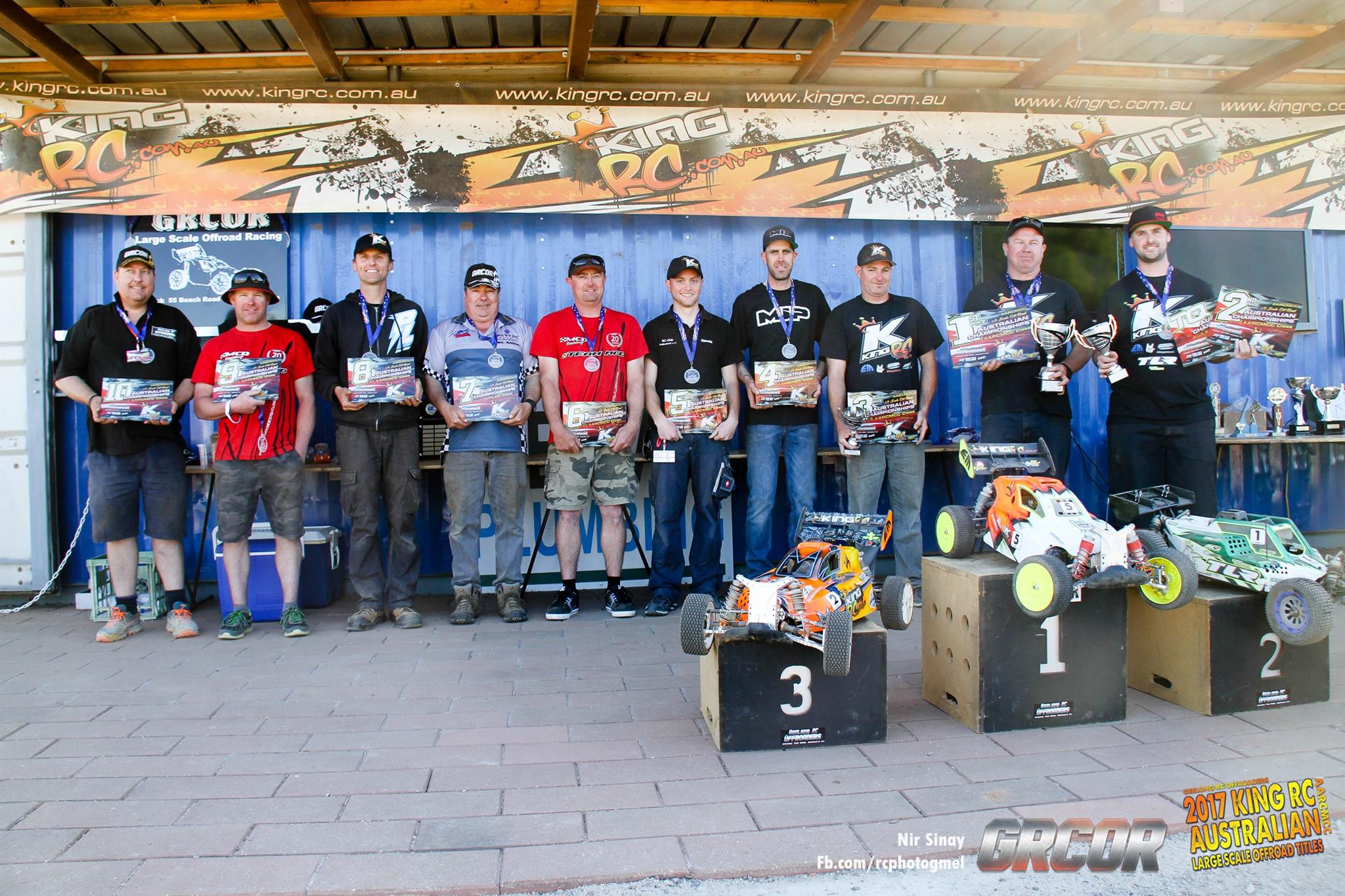 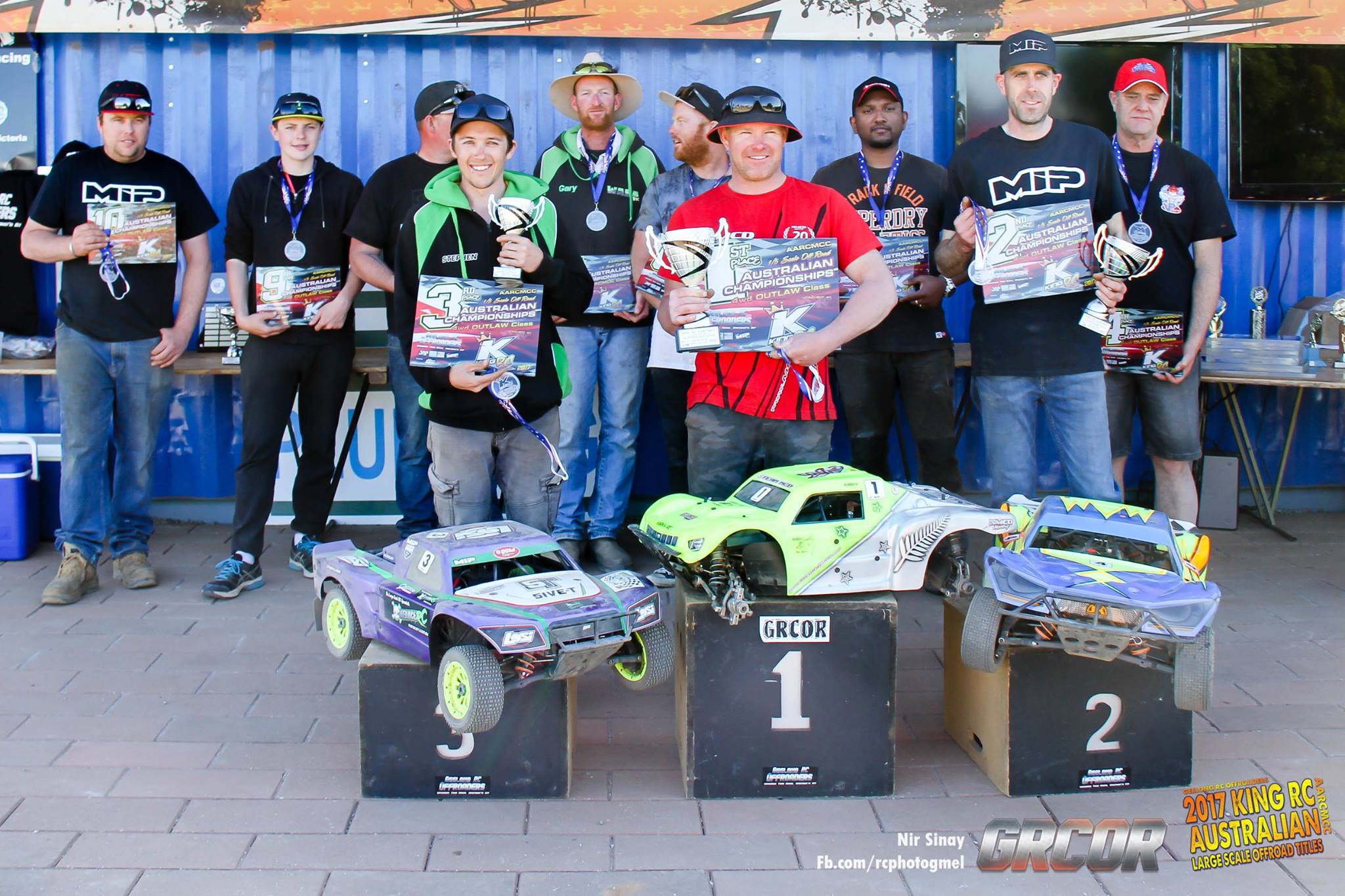 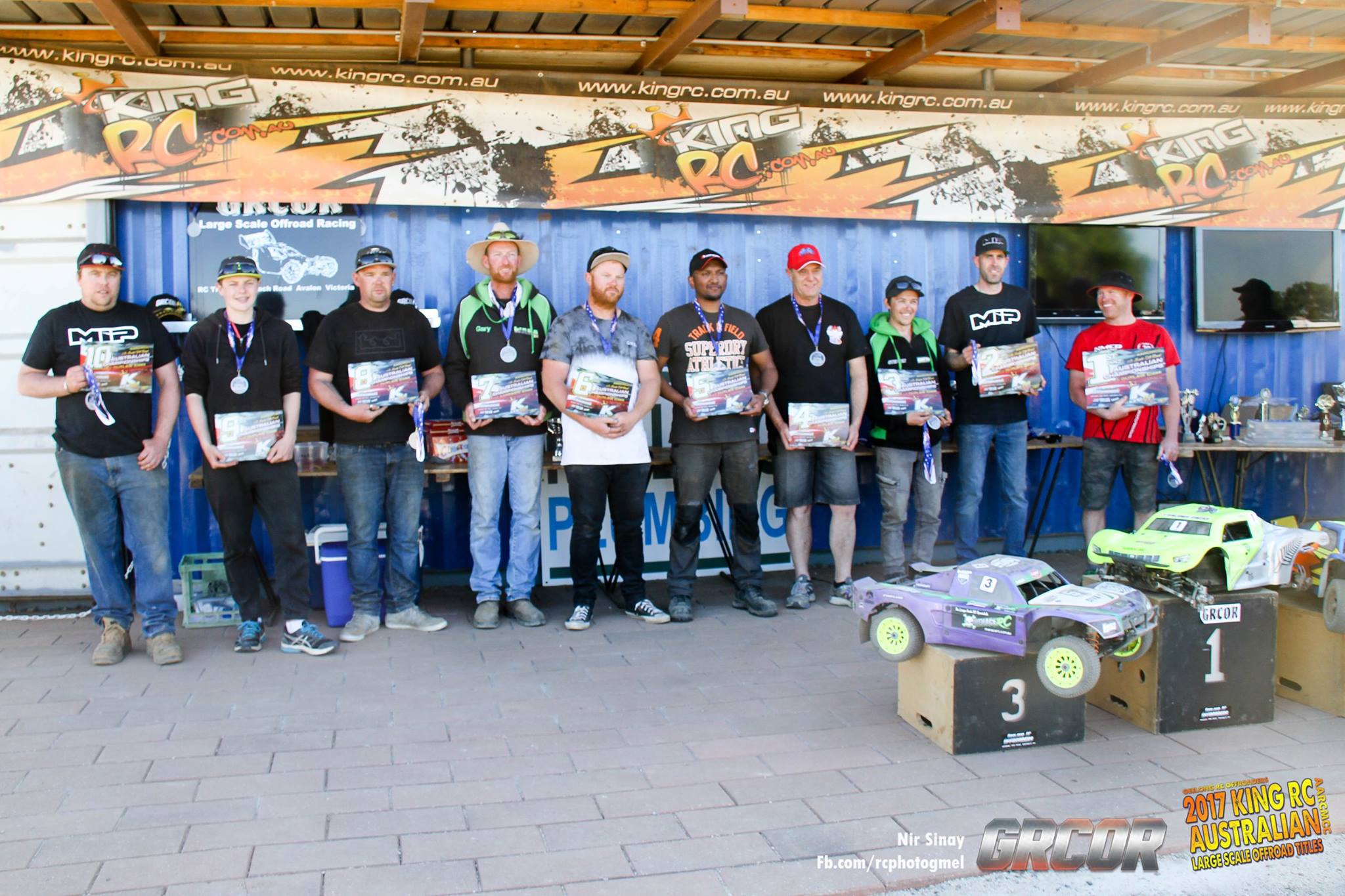 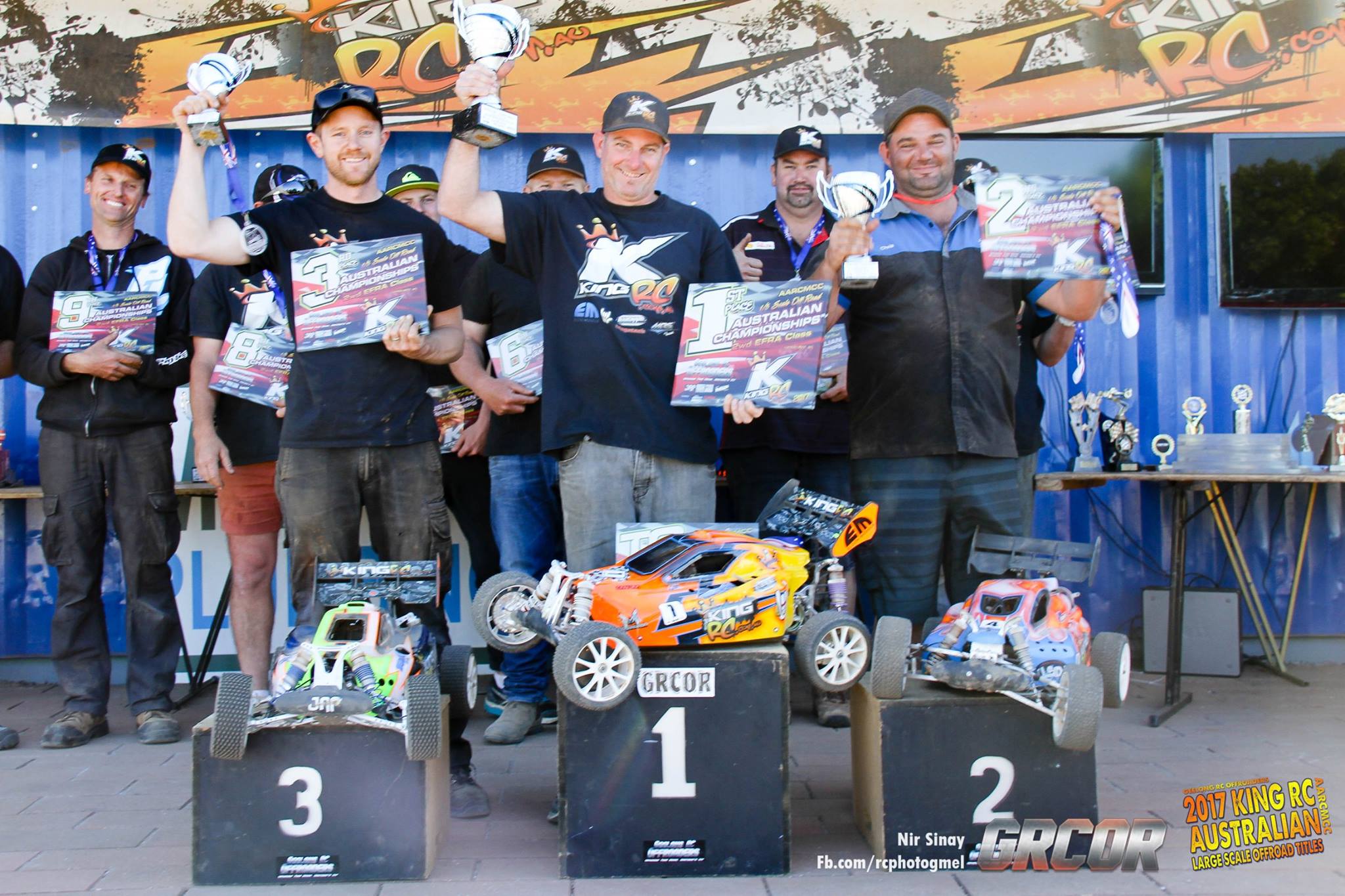 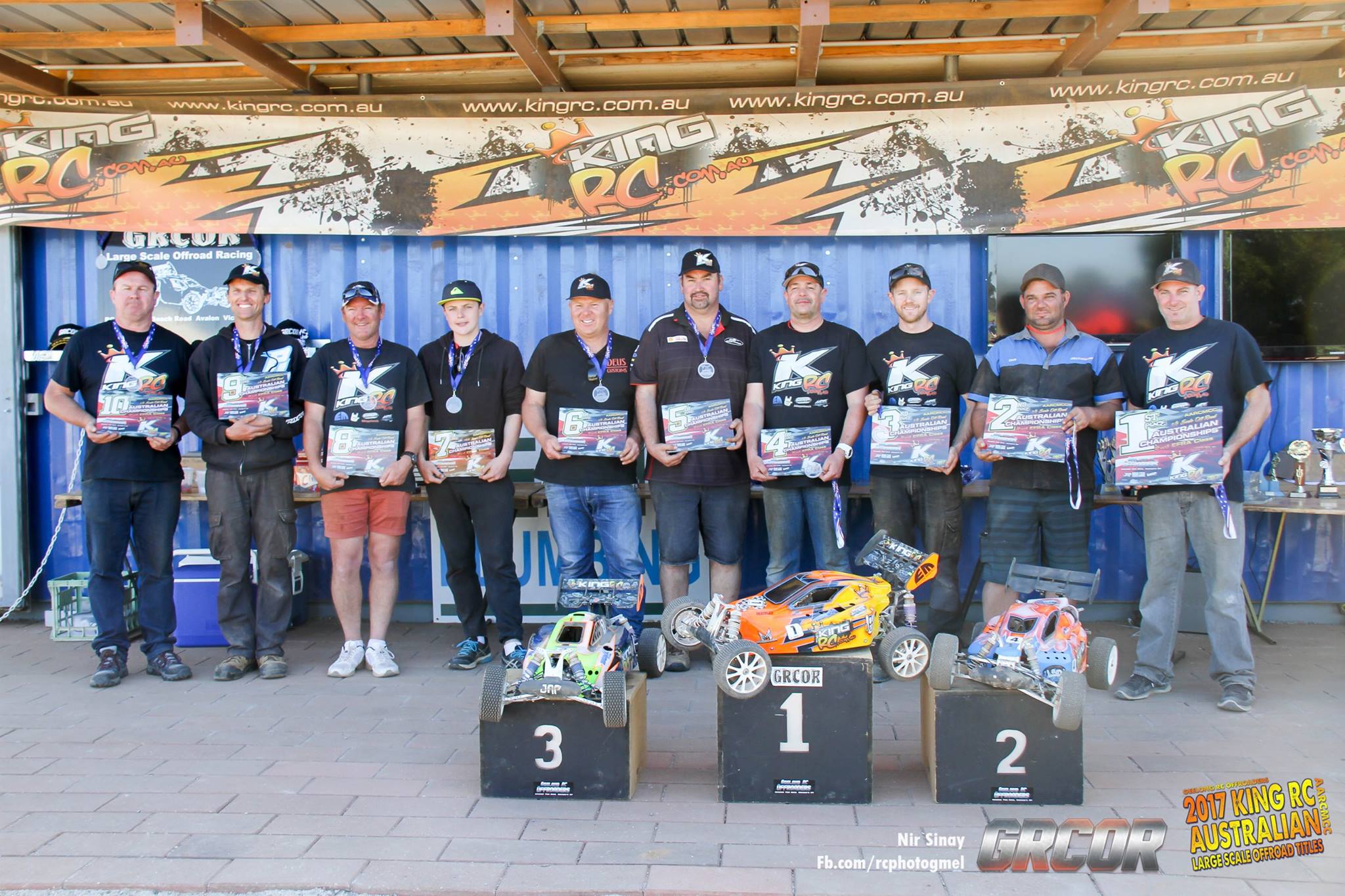 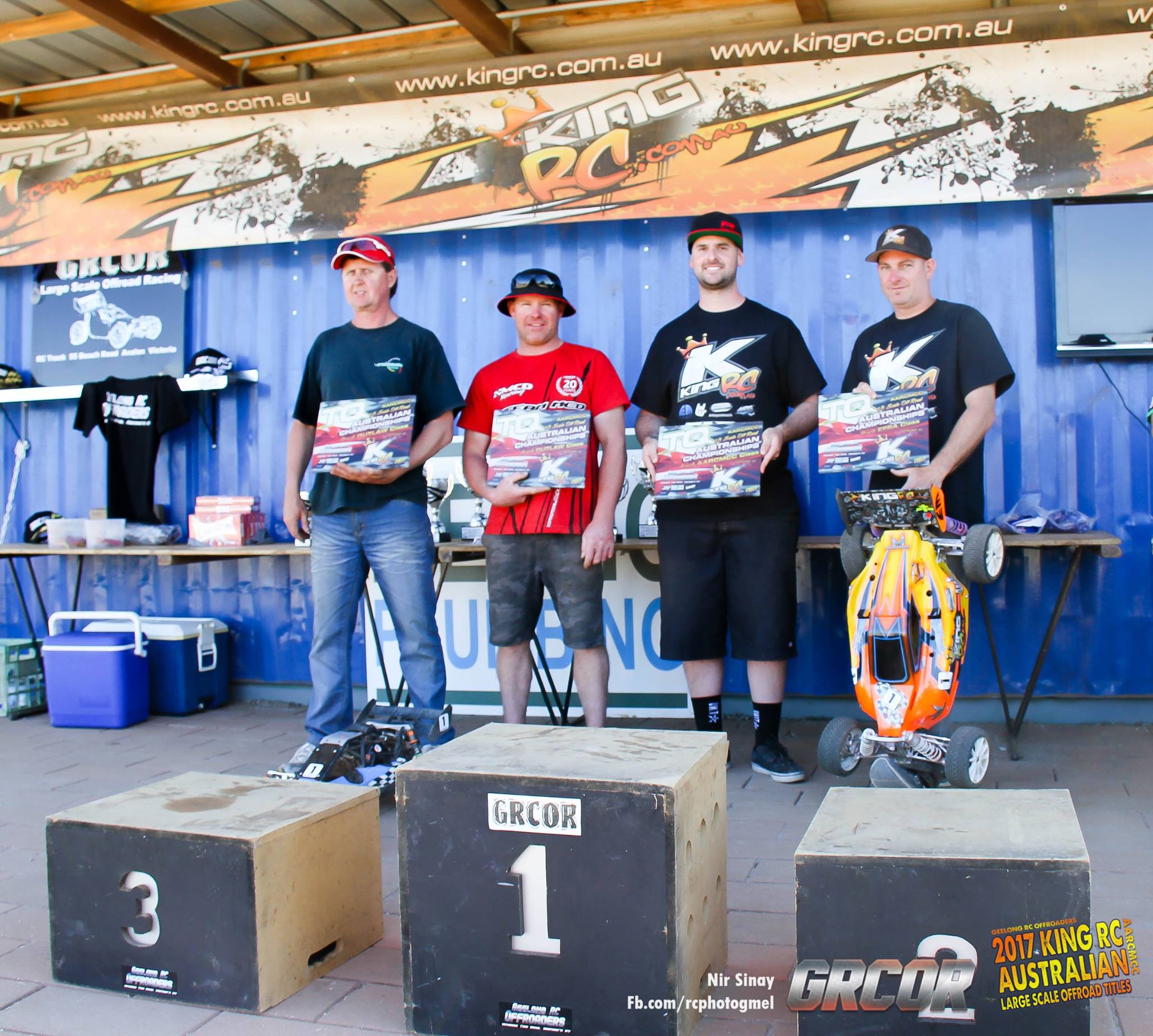 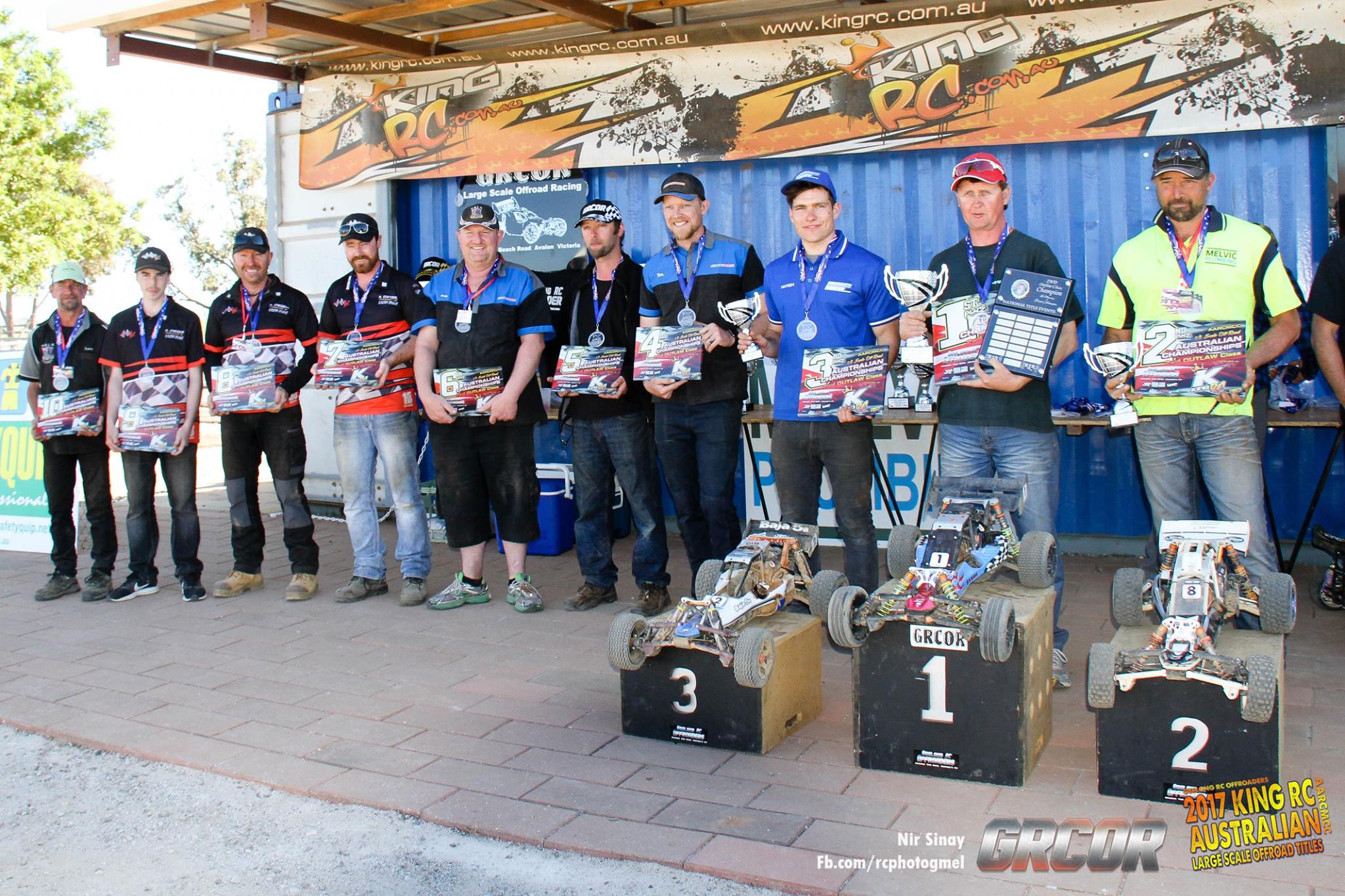 Geelong R.C. Offroaders (GRCOR) hosted the 2017 KingRC Australian large scale off road remote control car national title championships at the Geelong Motorsport Complex (GMSC) at 55 Beach Rd. Avalon Victoria from 12th to 15th October 2017. An Event application was made to the Australian Association of Remote Control Car Clubs (AARCMCC) through their process and accepted through a round robin prioritization approach. This was the first time the National event has been held in Victoria. It is anticipated the Event will be run in Victoria again between 2019 and 2022, depending on other States (Qld., NSW, SA and the emerging WA) on the round robin’s calendar acceptance of hosting the event. Should all states adopt their turn, and providing there are no other Clubs formed and capable of hosting the event (ie ACT, NT, Tas) the above should be met. Another emerging Victorian Club, Large Scale Club Victoria (LSCV) of Hallam in Melbourne’s East may also be capable to host such an event in the future.

GRCOR have established their rented site space through a Project Management programme of works over the last 14 months consisting of additional infrastructure and amenities improvements. Major work items included the establishment of paved hard stands, a drivers rostrum, race control, safety fencing and gates, track surfacing and reclamation fill area for practice / tuning area, plus upgraded internet site, software systems and hardware to enable live audio and visual streaming of events. Additional to this work was the management of the National Titles Event through the Project Management application called Asana, the establishment of a Sponsorship framework, utilisation of a hosted Entry’s and payment system ‘Register Now’ and the conversion of the Clubs treasury to a Westpac Banking Corporation account providing flexibility with Debit Card facilities, interest bearing and ease of use for Treasurer and Committee with augmentation to personal banking transactional facilities. Geelong R.C. Offroaders have successfully displayed their successes in delivery of a high class event to the Large Scale community and the hobby in general with reports of ‘The best run Event ever’ common in both personal and on line feedback. There has also been a heightened interest from European Countries who watched the broadcast.

Roles and responsibilities were formulated, documented, reviewed and disseminated to provide all Executing, Committee and Club members clarity in tasks assignments for the Event. The Committee also setup Facebook Messenger Groups for Canteen, Race Control and Nationals Team groups teams so there were clear and open lines of communication for the key elements to be managed. A dedicated Track Co-ordinator worked to ensure the physical ground work was kept to program in the lead up to the Event. The club made the decision to commission an independent Race Director to ensure impartiality in decision making and protect any reputational loss through ambiguity. The clubs Committee appointed Technical Director setup and ran all Audio and Visual, Marketing and Streaming services plus management of Entry software and reporting outputs to the Event Manager (Club President). There were Entries status updates and notifications, promotions to the Sponsorship framework and a Local radio interview with the Event Director prior to the Event